‘Kanakam Kaamini Kalaham’ movie review: Nivin Pauly’s comedy ends up being a parody of itself

After an exciting set-up initially, things start going downhill, with the same gags being repeated in different ways and humour taken to absurd levels

In an opening credits sequence, reminiscent of old stage drama announcements, Kanakam Kamini Kalaham makes a clear declaration of its intent, that it does not take itself too seriously. It is always a delight when a filmmaker does that, letting the material take its course, freely flowing in all directions. But, it can be quite a train-wreck when things go off course — as it happens in the latter half of this film — after what is an exciting set-up initially.

Ratheesh Balakrishnan Poduval, in his second film after the delightful Android Kunjappan, structures the narrative here around a piece of missing jewellery, just like in Thondimuthalum Driksakshiyum. But that’s where the similarities between both films end. Pavithran (Nivin Pauly), a junior artiste who is running an acting school with two students, and his wife Haripriya (Grace Antony), a former actress in television serials, are having a hard time in their personal lives. They decide to take a trip to sort things out, but it turns out to be a bad idea, for the hotel they are staying in is more dysfunctional than their family.

The missing jewellery, a gold-plated one at that, becomes a symbol for a marriage that is falling apart and an outlet for the disappointments in the personal and professional lives of the couple, and for the anger of the over-worked and under-paid hotel employees. The hotel lobby, where the entire set of the ensemble cast comes together, is a scene of riotous humour. From the hotel manager constantly pestered by his girlfriend, to a writer who is being lampooned by a drunk for the “errors” in his fiction, and a couple who are flustered by the “swans” on their bed, nothing is going right inside the hotel. There are quite a few laugh-out-loud moments in these parts.

But then, things start going downhill, with the same gags being repeated in different ways, giving one a sense of a filmmaker running out of ideas. Towards the end, even an attempt at sexual assault is treated in a humourous manner, signalling that the scriptwriter has completely lost it. Although there are several attempts to lampoon stereotypes, the script has an ugly stereotype of a character from a minority community, even though that character also gets some of the best comic scenes in the film.

Though the filmmaker bravely sticks with the intent to make a full-length comedy, with humour taken to absurd levels, the film only partly succeeds to be one. Though it strives to be a social satire, it fails to do what last year’s Paapam Cheyyathavar Kalleriyatte achieved in a similar fashion. All the unique set designs and the nods to films, including Stanley Kubrick’s hotel-room horror The Shining, are wasted in a film that ends up being a parody of itself. 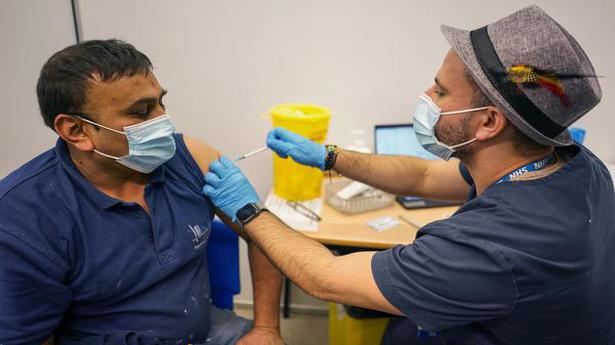